Thanks To Our Father 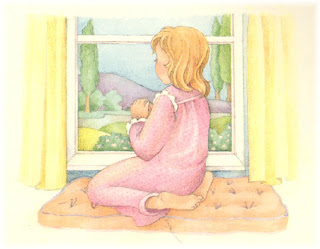 I set a goal to teach the Primary children more reverence songs.  They just didn't know very many & I was getting bored with rotating through the few they knew.  And I have only been the Primary Chorister since June!

As you know, we get very little time each week to teach the children the monthly songs as directed in the yearly outline.  So how can one teach them more songs above & beyond that which is required?  The Primary Presidency helped lead the way with the answer:  Prelude Music.   Our pianist plays the reverence song I want them to sing as they are coming into Primary.  If I have a flip chart, I'll ask for helpers to hold them up front for me.  As the children (Jr. Primary only) come in, I begin singing the song (all by myself! Scary, I know.)  But then the children immediately focus on the song & join in when they feel comfortable.  This prevents the children from getting giggly with their neighbors & instantly brings the spirit into the room.  We will sing the song over & over again as we first learn it.  Repetition!  So far the songs are pretty short.  When I feel the children are focused, I have them finish the song & then turn the time over to the Primary Presidency to open with prayer.  It's been wonderful!  We've learned 2 songs so far.  The first one was so short I didn't bother doing a flip chart.  It was "Reverence" on page 27a of the Children's Songbook.  I just sang it over & over (3 or 4 times) until most kids had joined me.  We did this song for 3 consecutive weeks & they had it learned.

The first 2 weeks that we learn a reverence song, we not only sing it for prelude/opening song but we also sing in during middle exercises right before the scripture & talk is given.  This way the Sr. Primary can also learn it.

I've uploaded my "Thanks To Our Father" flip chart to my scribd account for you to access & download for your own use.  One picture is of my sister, her husband, and their little baby girl.  It is used with their permission.
Posted by Tifany