The first week, we were only able to learn the first half of the first verse. With the complexity of this song, it was to be expected. The kids all enjoyed learning about the raindrops and rainbows as they learned the melody. They especially liked the frozen raindrops!

On week 2 we reviewed what we had learned the previous week and learned the rest of verse 1. To make things a bit more visual for them, I printed out pictures to go with the song. I cut them out in the shape of a cloud, outlining them with a black marker. I placed the main picture cloud at the beginning of the line of each part (A, B, C, D). I also wrote in some key lyrics with chalk above or below the raindrops/rainbows as needed. And since we were past the "short-long" chanting, we were able to have kids come up to be the "pointer" of the 'drops & 'bows as we sang repetitively. The Sr. Primary kids were competitive! Each child wanted to point EXACTLY perfect to each raindrop & rainbow. They definitely understand the concept much better than the Jr. Primary. But each level did a great job and more importantly, they learned the whole 1st verse!

This is the only picture I have from week 2. I forgot my camera again! Luckily, our secretary has a cool phone AND the know how to use it. Thanks, Tina! 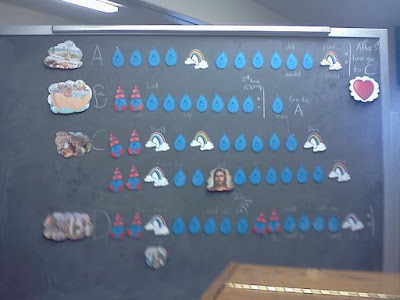 For week 3, our goal was to learn the 1st half of verse 2 for Jr. and the entire verse 2 for Sr. But I wanted to change it up a bit. So instead of placing the 'drops & 'bows on the board as I'd done previously, I wanted the kids to do it. In order to do this, I wanted more visuals (pictures) for them. I decided to make my own "flip chart". I know that I posted a link on my last post of a beautiful chart that Mary put together last year, but I needed MORE pictures. I'm such a literal thinker that I NEEDED more pictures for the abundant lyrics involved in this song. I'm also a visual learner. As I visualized each part of the song, I quickly realized that I would end up with A LOT of pictures to flip. There's no way I could flip them fast enough. That's when I thought about the TOTALLY AWESOME birthday present my hubby gave me the week before. My iPad 2! I am a MAC lover. I will never go back to a PC. NEVER. EVER. I can sync all my iPhotos from my MAC to my iPad. Then I have the "Doodle Buddy" app where I can create my own iPad flip chart. 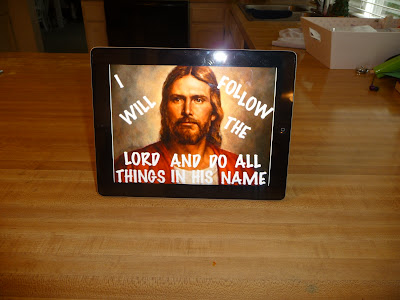 By sliding my finger across the screen, I can easily keep up my "flipping" with the pace of the song. SO COOL! The kids thought it was fabulous:) And now I can upload these pics onto my MAC, convert them to PDF form and have them available for anyone who wants them! 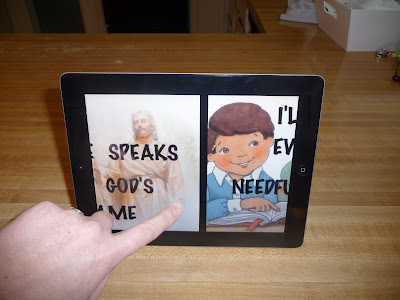 For Sr. Primary, we went through each part, learning the lyrics. As we were singing, I had 2 kids come up to the board to work together on figuring out the pattern of the raindrops & rainbows. We would sing that part over and over again, checking if the pattern was correct. If it was, we went on to the next part, choosing 2 different kids to put up the next pattern. If the pattern wasn't quite right, we sang it again as needed until the correct changes were made. They would then add repeat signs and fermatas where needed. The kids would need to look at the pics I was sliding across my screen and learn them quickly & well enough that they could transfer that knowledge to the raindrop & rainbow method they had learned. They did great and learned the entire 2nd verse!
The Jr. Primary was a bit different:) Starting with part A, I pulled out those raindrops & rainbows. I called up enough kids to the front to each hold a raindrop or rainbow for the lyrics. I placed them in the correct order. As we sang, I would put my hand over the child, according to the rhythm. In other words, instead of the 'drops & 'bows being on the board and me pointing to them as we sang, the kids held their piece and I placed my hand over their heads as we sang. Whew! When we learned that part, I just let the kids put their pieces on the chalkboard wherever they wanted, as they went back to their seats. We did get the first half of the 2nd verse learned. We also sang the parts after the pieces were randomly on the board by watching my cool flip chart:)

I have 3 separate flip charts. They are all the same pictures, but they have varying amounts of the lyrics on each picture. One flip chart has every lyric on the pictures. 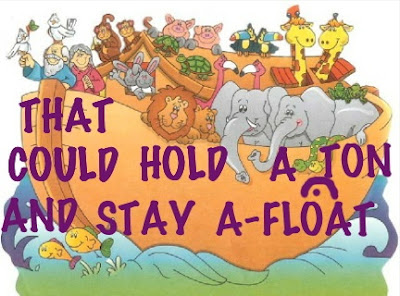 Another flip chart has only key words on the pictures. 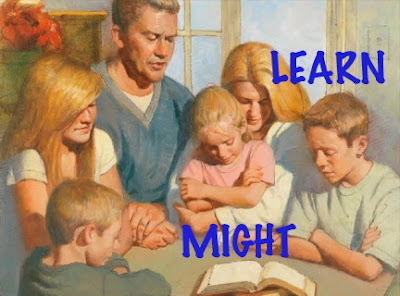 The last one is pictures only, no lyrics at all. 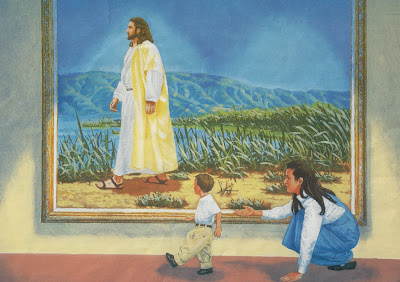 Each flip chart has 29 pictures. I told you I NEEDED a lot of pictures! But you can eliminate any pictures you feel you don't need, OR you can cut them out and make a poster with them instead.

If you could use any of the pictures/flip charts, email me to make your request.
Posted by Tifany